There are several types of shrimp fisheries in Puget Sound based on species and gear type, pot/trap versus trawl. The species primary targeted around the Tulalip area is the species commonly known as Spot Prawns or Spot Shrimp (Pandalus platyceros) and are harvested from deep water (+200 fsw) and through the use of traps. The second most common species of shrimp around Tulalip is the Coonstripe Shrimp (Pandalus hypsinotis) and are much smaller than their Spot Prawn relatives and in much lower abundance. The fishery is managed to only harvest the largest of the species that have been estimated to have spawned once and contributed to the sustainability of the local population. Traps allowed for fishing have minimum mesh size restrictions that support a selective fishery upon the larger animals. This gear type has been shown to allow the smaller and younger shrimp (normally the males) to avoid capture. These shrimp are normally males that which later become females through a transitional metamorphosis sometime within their second year of life. The timing of the fishery is between April and September as this allows the ovigerous females, egg-bearing females, to complete their spawning process and contribute to the resource. Mesh for Spot Prawn gear has a minimum 7/8th inch mesh width to allow for the escapement of small males and Coonstripe traps have 1/2 inch mesh width. The use of Coonstripe traps is not allowed in area known to hold Spot Prawns for conservation purposes. Every spring between March and April Tulalip Shellfish Program researchers assess the ovigery rate of the large female population as well as the local abundance to set the season’s opening time as well as the regional quota. 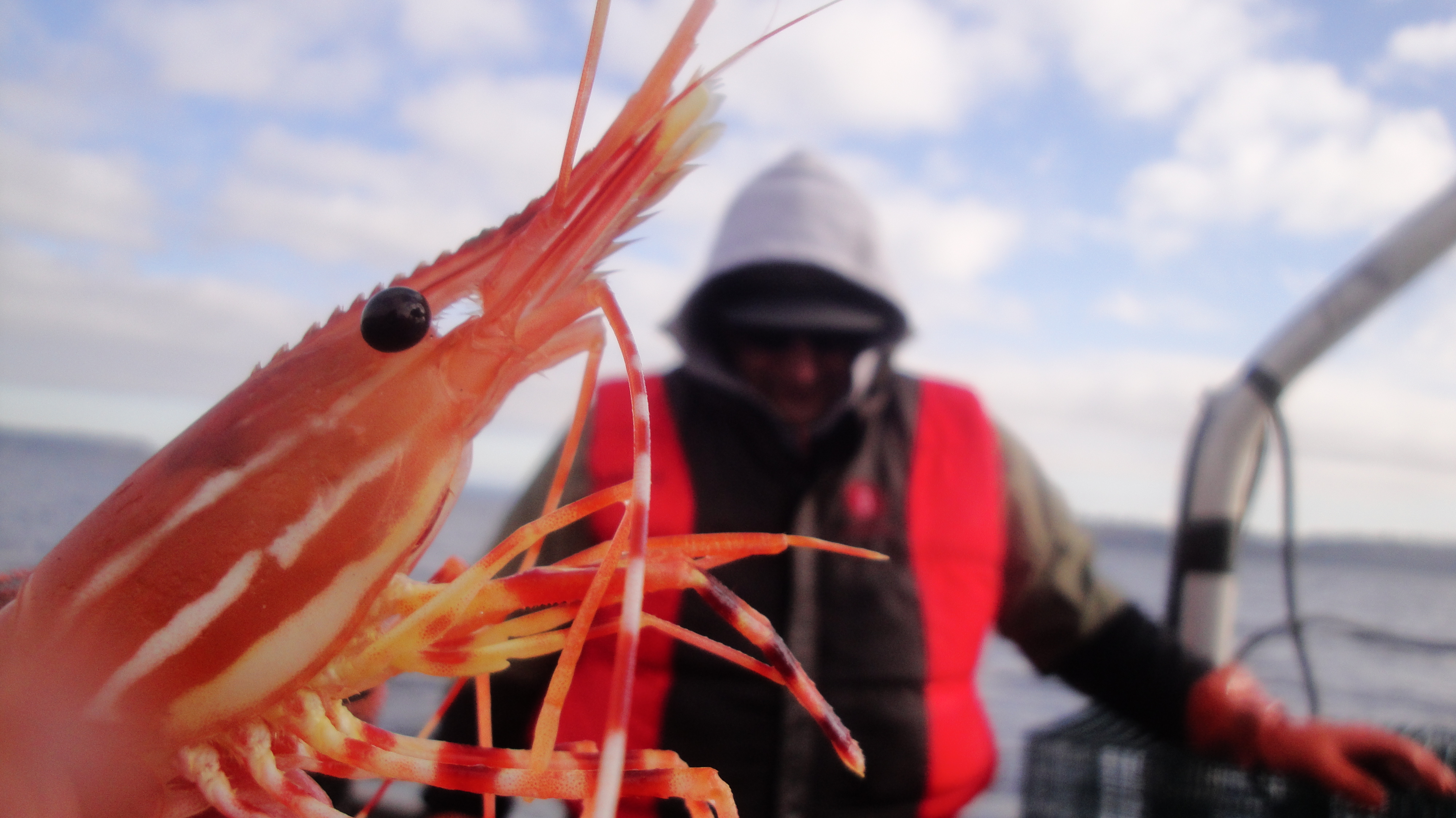 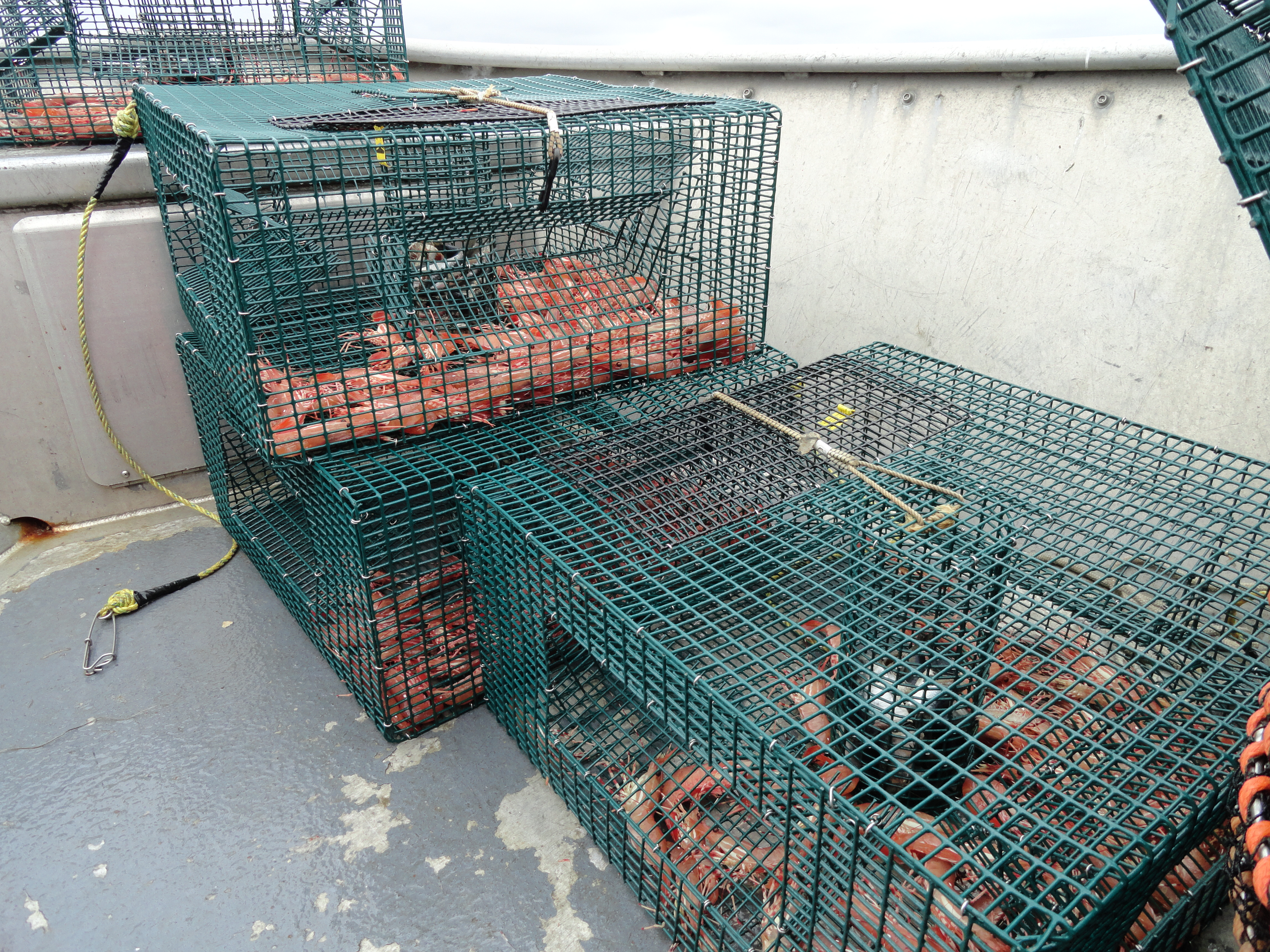 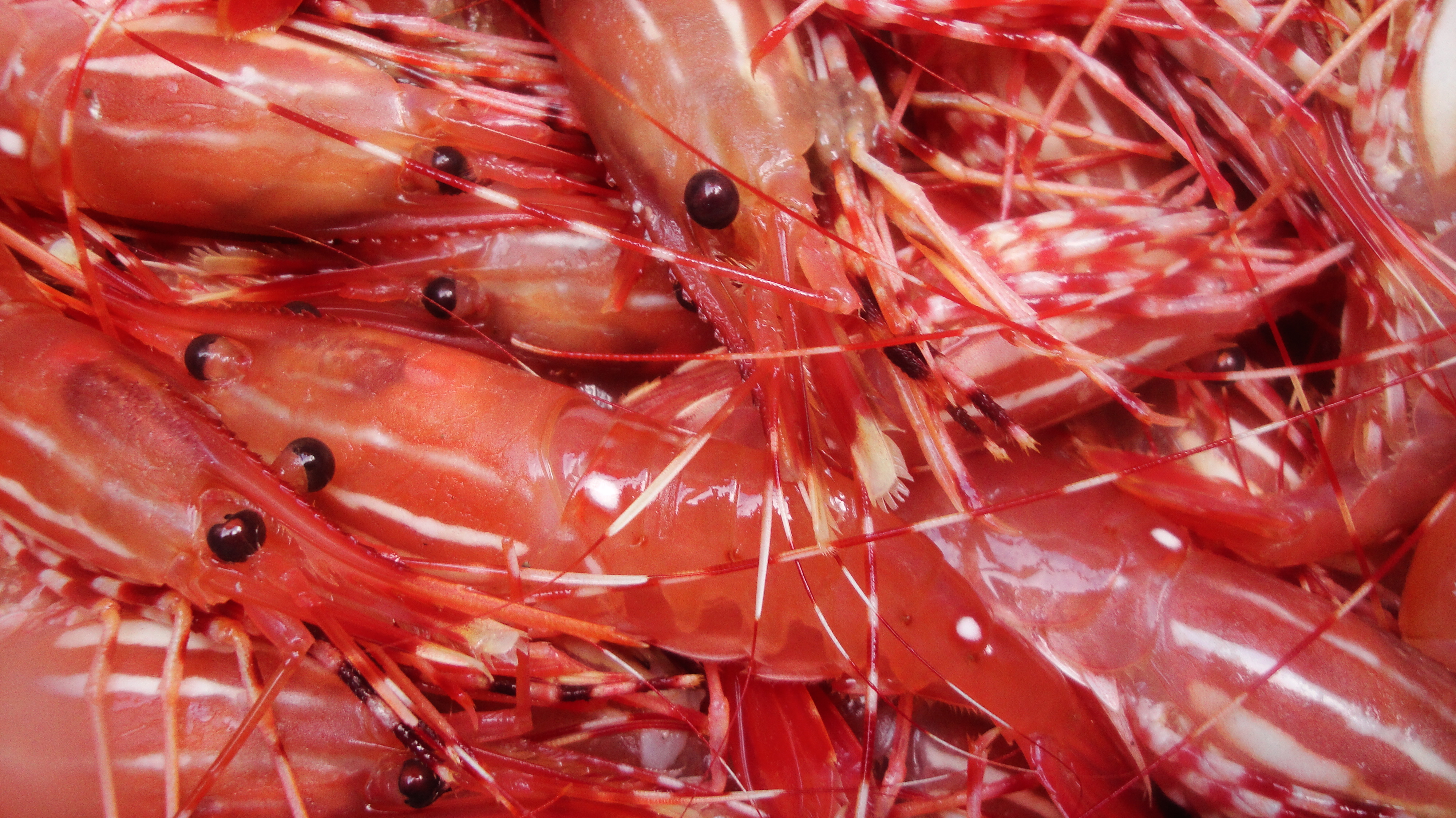 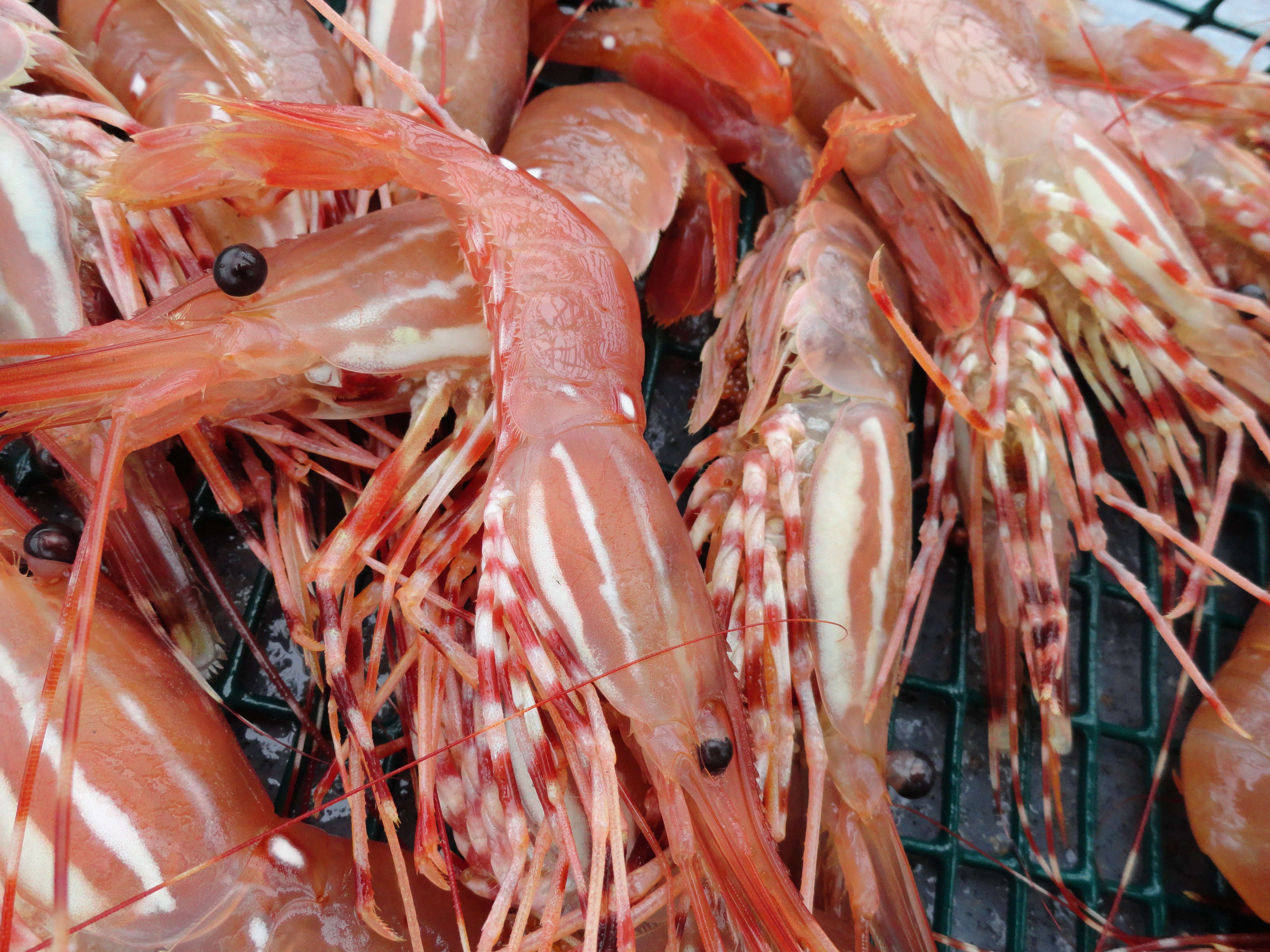