The Puget Sound squid fishery primarily targets one species of squid, Loligo opalescence, commonly known as market squid. The squid resource is commonly thought of as under-utilized and not commercially viable and accessed through ceremonial, subsistence and recreational fishery opportunities. The season for squid is normally late summer and into mid-winter with most squid being observed around Tulalip between late August and early February. Year to year variations occur in the timing of the run as well as the volume with peaks generally occurring between early October and late November. State and tribal co-managers monitor the fishery with nearly all landings occurring from land-based docks and wharfs with a growing number of landings occurring from vessels. 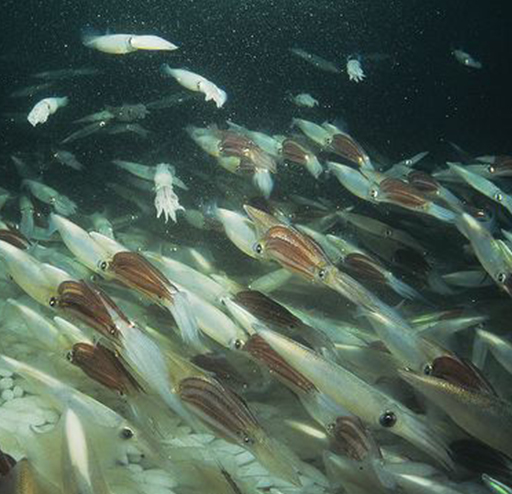