Plankton are the small and microscopic organisms drifting or floating in the Puget Sound, consisting chiefly phytoplankton, plankton that photosynthesize to produce energy, and zooplankton, plankton that consume or eat to get energy. Types of plankton include diatoms, protozoans, small crustaceans, and the eggs and larval stages of larger animals. The small and microscopic organisms are the base of the food chain for fish and other aquatic species in the Puget Sound.

Shifts in the number and types of plankton in the Puget Sound may be affecting the survival of juvenile salmon in the Puget Sound. All plankton were not created equal and some have more caloric and nutrient content than others, think a shrimp versus a jellyfish. A healthy population of the more nutritious plankton is necessary for juvenile salmon to flourish. However, very little comprehensive and systematic monitoring of plankton has been conducted across the Puget Sound and so little was known about whether plankton communities were changing and if this was having an effect on salmon survival.

The Tulalip Tribes collects plankton samples at two sampling locations, one off of Mukilteo and the other off of Camano Head. The samples are collected using plankton tow nets one oblique tow that is towed behind a boat while underway and a vertical tow where a plankton net is dropped to close to the bottom and then pulled vertically up through the water to catch all of the different plankton that live throughout the water column. 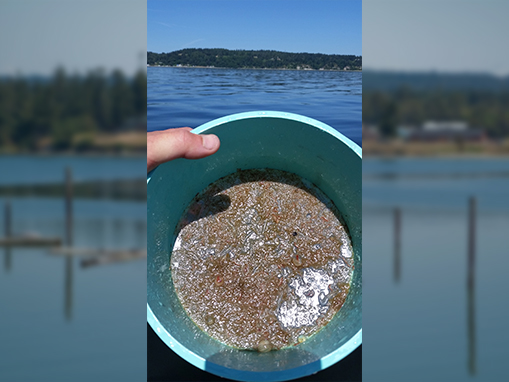