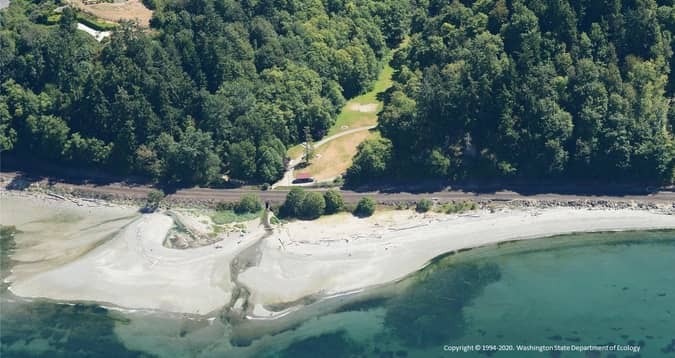 There are hundreds of small coastal streams that drain directly into Puget Sound. The mouths of many of these streams cross the BNSF railroad. Stream mouths along Puget Sound shorelines provide important rearing and foraging habitats for fish and birds. Recent research in Puget Sound has shown juvenile Chinook salmon who originate in large rivers migrating into Puget Sound, then move into smaller coastal streams. The railroad crossings can limit the accessibility of these streams, as well as the quantity and quality of the stream and estuary habitats. 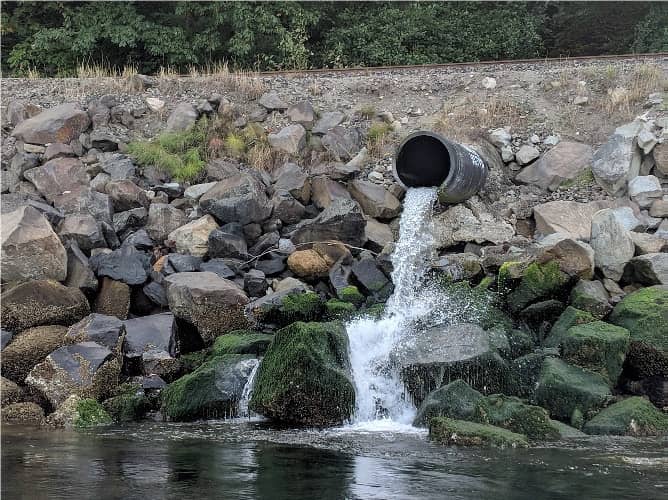 The replacement of these culverts and bridges is complicated and very expensive but is necessary to restore these streams and small estuaries to a more natural condition that can then provide critical habitat for juvenile chinook, coho, cutthroat trout and other fish species. To address this challenge, Tulalip Tribes and its partners conducted an inventory and prioritization of coastal streams and embayments with railroad crossings at the mouth.

The project provided a systematic identification and rating of all streams and embayments along the marine shoreline component of the railroad operated by BNSF Railway. The outcomes improve understanding of the stream characteristics and stream crossing structures between Olympia and Canada. The prioritization was based on the potential ecological benefits of restoration along the entire waterfront railroad in the Puget Sound in 2019.

Building on this work the project team has started work on phase 2 of the project to advance planning to replace existing structures with replacements that support streams and fish through a regional dialogue with BNSF and restoration partners, developing programmatic restoration recommendations, and delivering restoration design evaluations for three sites.

This project has been funded wholly or in part by the United States Environmental Protection Agency under assistance agreement PC-01J22301 through the Washington Department of Fish and Wildlife. The contents of this document do not necessarily reflect the views and policies of the Environmental Protection Agency or the Washington Department of Fish and Wildlife, nor does mention of trade names or commercial products constitute endorsement or recommendation for use.

The railroad is a prominent modification on long stretches of the eastern shore of Puget Sound and most coastal streams and embayment along the railroad are routed through culverts (pipes) or bridges that may be undersized or in poor condition. Restoring these streams and embayments requires that railroad crossings that are undersized or not properly functioning are replaced by larger culverts or bridges that allow for fish access and the natural movement of materials such as wood, sediment, and insects. 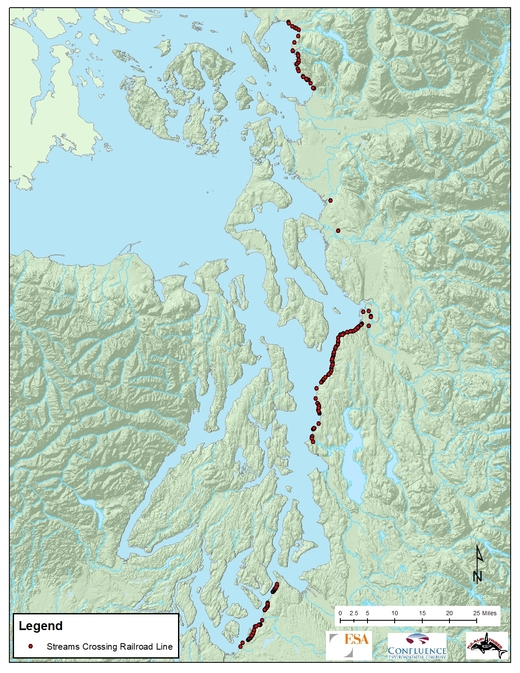 Phase 2: Implementation of Recommendations from the Coastal Streams and Embayments Prioritization along Puget Sound Shores with a Railroad