Mountain goats are not true goats but are a species of mountain dwelling antelope. They are a symbol of the Pacific Northwest alpine wilderness and have always been prominent in tribal culture. Historically, mountain goats were an important food resource for the tribes who traditionally used their woll, horn, and bone to make clothing, blankets, tools, and ceremonial objects. Furthermore, subsistence hunting and wool collection were historically important elements of tribal culture and a means of inter-tribal commerce amongst many tribes.

Recently, the Tulalip Tribes, Stillaguamish Tribe and Sauk-Suiattle Tribe have partnered on a mountain goat monitoring project near Darrington, WA. The project goals include meta-population and movement analysis, survivorship, habitat selection and connectivity, and how changing climate conditions could affect goat health, movement and habitat selection. We are also involved in annual population surveys and will be involved with the upcoming effort to capture mountain goats from the Olympic Peninsula to be relocated to the Point Elliot Treaty Area. 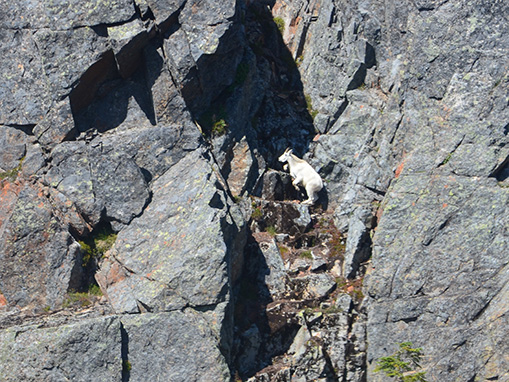 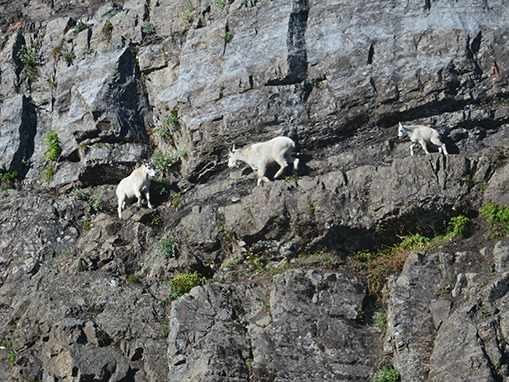 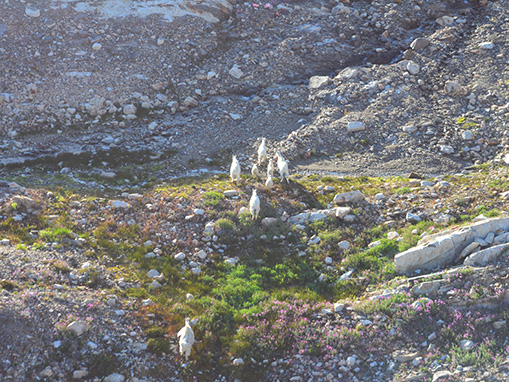 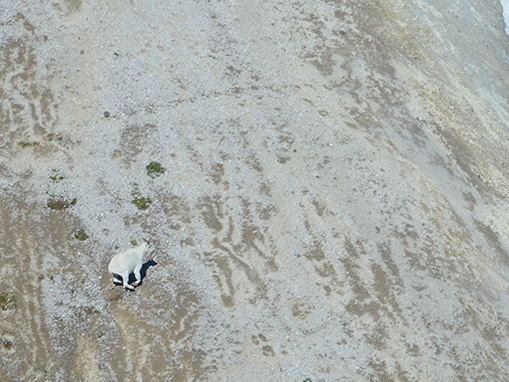 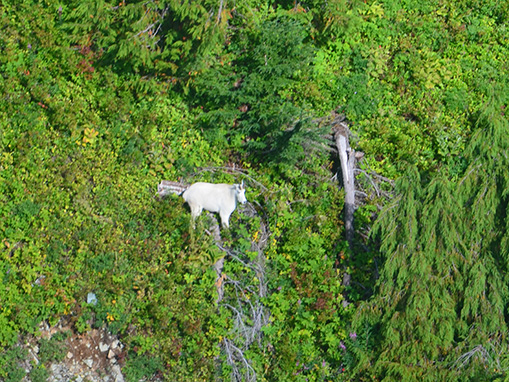 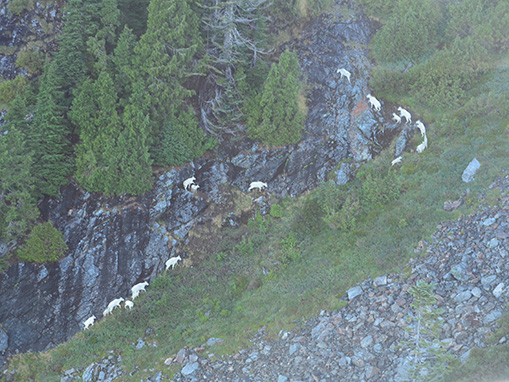 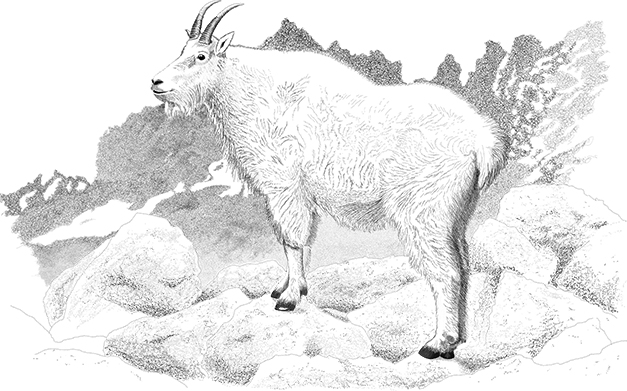