The goal of the Coho Creek Restoration Project was to enhance fish habitat within and along Coho Creek, a small stream passing through Quil Ceda Village. Prior to 1999, a culvert under 27th Avenue NE posed an upstream migration barrier, precluding or severely limiting access to stream sections within the village area by anadromous salmonids. This area was known as the Boeing Test site in 1999, and was under Boeing management. Replacement with a fish-passable culvert provided increased potential benefit for proposed habitat improvements upstream. Project implementation occurred in phases, with the final phase completed in 2010. Habitat enhancements started in 2001 when spawning gravel was placed in various areas upstream of the previous culvert blockage. In 2002 and 2003 multiple culverts were removed within Coho Creek and tributaries to allow for improved access. Enhancement efforts after culvert removal focused on increasing spawning habitat and naturalizing the stream system by removing the creek from a ditch into constructed, meandering channel containing pools, riffles, log habitat structures, and where conditions allowed, reconnecting the stream channel with a functioning riparian system and wetlands.

During the nine year enhancement effort, Coho Creek was monitored annually by performing spawner surveys, and using a temporary fish trap to observe the numbers of fry and smolts produced. During that period, we observed increasing numbers of Chum fry and Coho smolts emigrating from Coho Creek. Migrant observations were made at an enumeration trap constructed below the project area. Coho increased from 0 smolts in 2002 to 2600 in 2011. Chum fry increased from 0 fry in 2002 to 12,600 in 2011. Spawning observations during the period varied from year to year. Coho were not observed spawning until 2002 and have varied in numbers from 0 to the 45. Chum spawning has been highly variable from 0 to over 1500 individuals. No spawning occurred in the system prior to 1999. 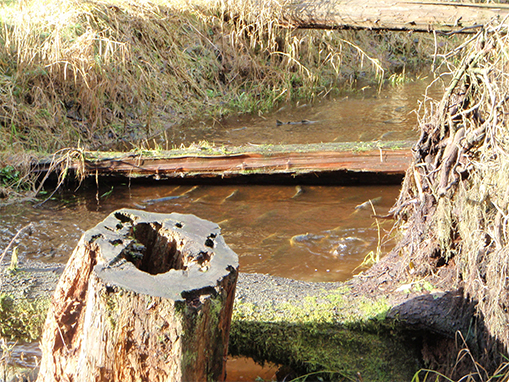 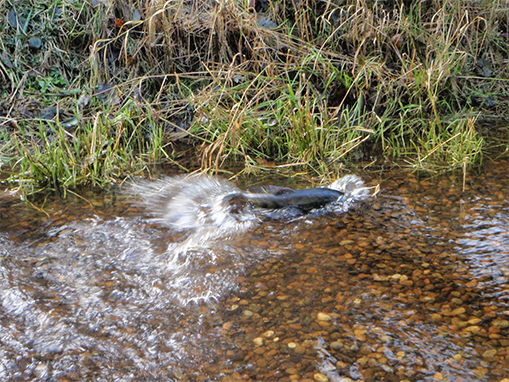 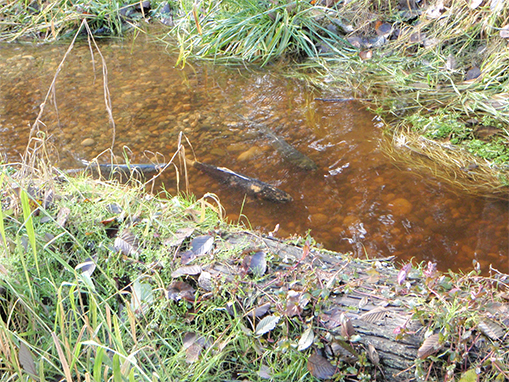 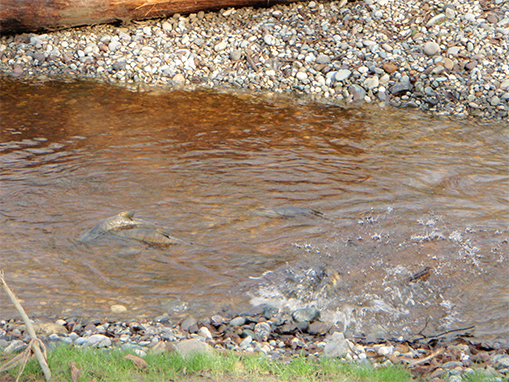 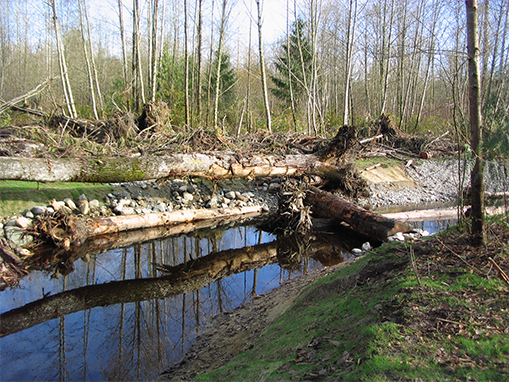