The Deer Creek Enhancement Project was designed to improve steelhead and coho habitat in Deer Creek, a major tributary to the North Fork Stillaguamish River. Deer Creek was formerly known as one of the most productive summer steelhead systems in the region. However, previous management regimes in the Deer Creek Watershed and associated large slope failures (including the expansive DeForest Creek landslide) have resulted in the lack of large woody debris (LWD), subsequent channel widening, water temperature increases, and changes in sediment dynamics within the system. Our enhancement project followed a process-based approach by focusing on the restoration/enhancement of hydrogeomorphic conditions by installing LWD structures.

Additional benefits associated with this project include opportunities for short- and long-term partnership development between The Tulalip Tribes, Stillaguamish Tribe, Weyerhaeuser Company, and the State DNR, as well as habitat improvement for non-target species. Tulalip Tribes’ TFW have worked closely with Weyerhaeuser since they took ownership of a large proportion of the Deer Creek watershed, in addition to other areas within the Tribes’ Usual and Accustomed Areas. We view this as an opportunity to build our relationship and work together toward a common goal of land stewardship and system-wide recovery. 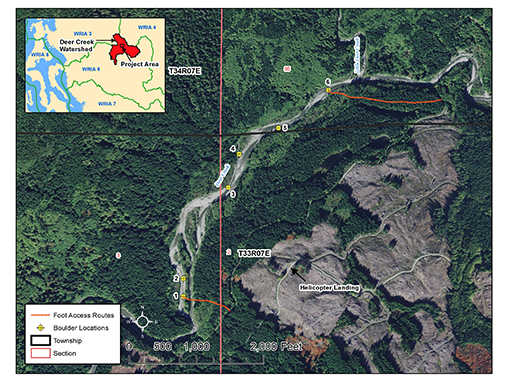 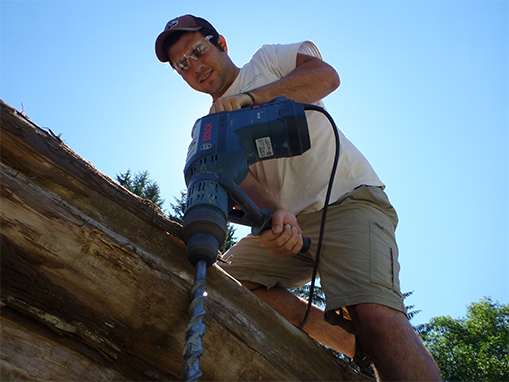 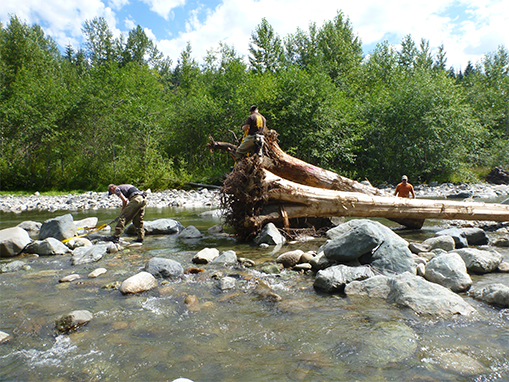 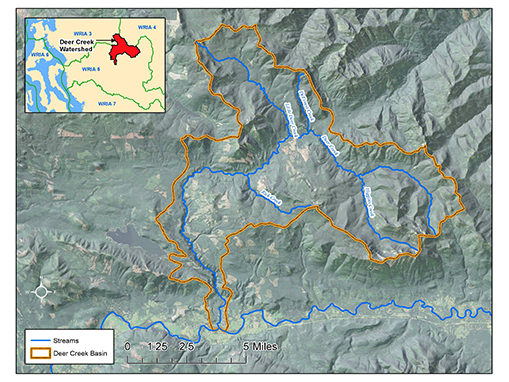 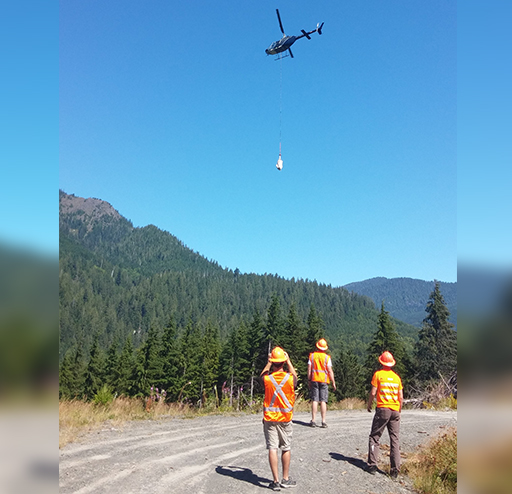 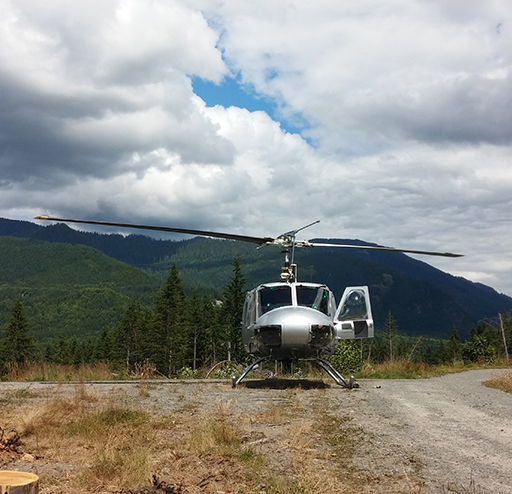